WRITE FOR RIGHTS: THE LIFE-CHANGING POWER OF WORDS

Reading the news can be really depressing. Sometimes there seems to be so much wrong in the world, the idea of changing it for the better feels impossible. But as Amnesty International’s Write for Rights campaign shows, you can make a big difference by doing something “little”.

Writing a letter, sending a tweet, signing a petition. Surely you can’t change the world with something so simple? Yes, you can!

Since Write for Rights started in 2001, millions of people, just like you, have changed the lives of those whose human rights had been stripped from them. Taking just a little bit of time to send a tweet or write a letter has made the world of difference to the people we have supported through the campaign. In the past year alone, we’ve seen positive developments for several people recently featured in the campaign.

Bernardo Caal Xol, a Guatemalan environmental human rights defender and teacher, worked tirelessly to defend communities affected by hydroelectric projects on the Cahabón river, in northern Guatemala. In November 2018, he was sentenced to more than seven years in prison on bogus charges aimed at preventing his human rights work. During Write for Rights 2021 more than half a million actions were taken for Bernardo and in March 2022 he was released. In a video message to Amnesty International activists, he said:

“I, Bernardo Caal Xol, a member of the Maya Q’eqchi’ people of Guatemala, am grateful to each and every one of you. You have given me hope for the justice, liberty and equality that must prevail in every people and nation.” 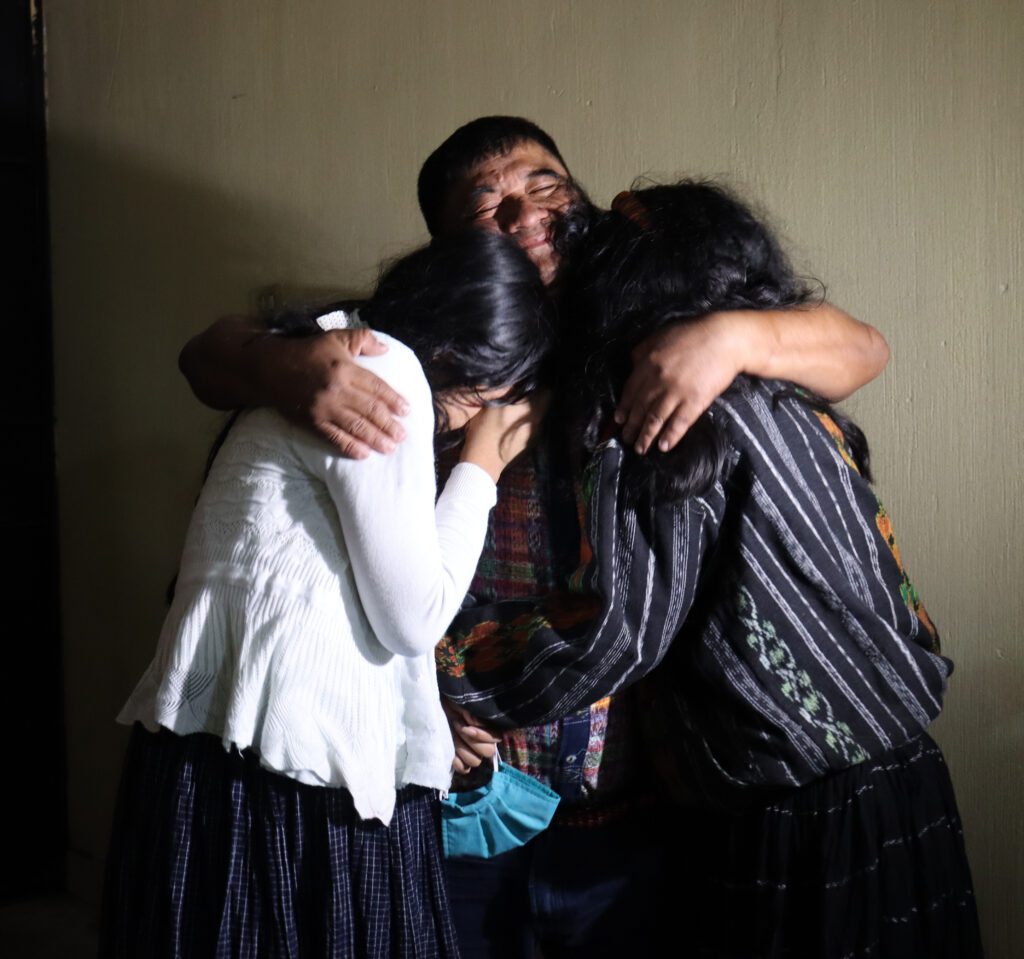 Bernardo Caal Xol with his family after his release from the penitentiary centre in Cobán, Guatemala after more than four years of imprisonment.

FATHER OF THREE REUNITED WITH FAMILY

On June 30, 2021, Burundian human rights defender Germain Rukuki was released from prison four years into a 32-year sentence. He had been found guilty of a number of sham charges relating to his human rights work. He was jailed before getting a chance to hold his youngest child, born just weeks after he was arrested in July 2017. His family were forced to flee the country for fear of reprisals. Initially unable to leave Burundi following his release, Germain was finally reunited with his family in Belgium in February 2022. Supporters from around the world took more than 436,000 actions calling for Germain’s release. He told Amnesty International:

“Write for Rights really does have a positive impact. Their support has made me, Germain Rukuki, come out of prison even more committed to defending human rights.” 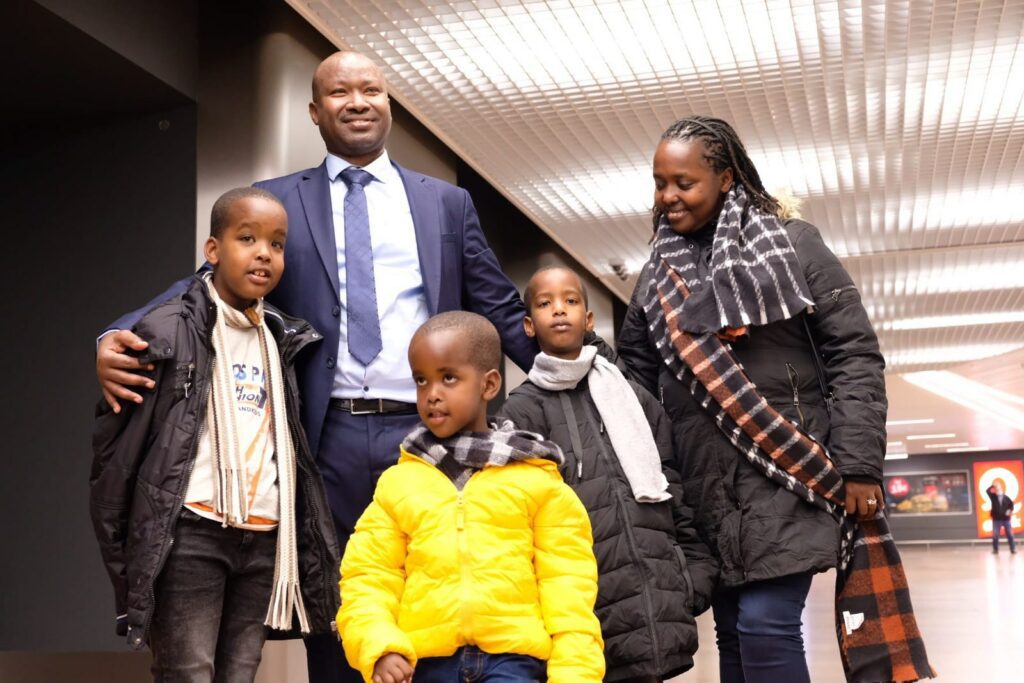 On Saturday February 5, 2022, Burundian HRD Germain Rukuki, was finally reunited with his family in Belgium. After serving more than four years in prison, Germain met his youngest son for the first time, since he was arrested when his wife was pregnant.

Magai Matiop Ngong was a 15-year-old schoolboy in South Sudan when he was sentenced to death on November 14, 2017 for murder. Magai recounted how he told the judge the death was an accident and that he was only a child; despite this, Magai faced trial for capital murder without any access to a lawyer. More than 700,000 actions were taken for Magai during Write for Rights 2019, and in March 2022 the High Court agreed that given his age at the time of the conviction, he should be released. Magai is now safely out of the country and determined more than ever to help people like him. Of the people who campaigned on his behalf, he said:

“They are life-saving individuals…They made it possible for me to be here today…I’m quite sure that my life is not the only one they have saved. They have saved the lives of people all around the world.” 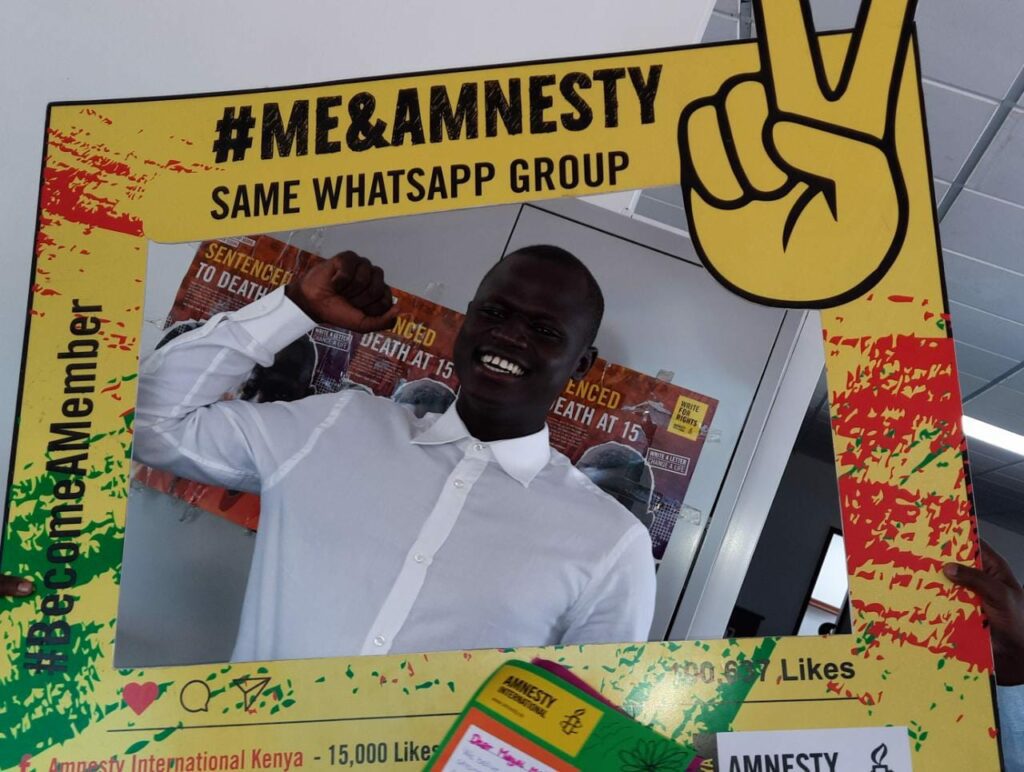 Magai Matiop Ngong celebrates his freedom at Amnesty’s regional office in Kenya, April 5, 2022. He also viewed some of the cards and letters he received as part of the Write for Rights campaign in 2019.

YOU TOO CAN CHANGE THE WORLD AND HERE’S HOW

Write for Rights 2022 is nearly here! This year, we’re teaming up with Amnesty’s global Protect the Protest campaign. Throughout history, protest has been a powerful tool for change. But governments around the world are cracking down on protests and restricting people’s rights. Write for Rights 2022 will feature 13 people who have paid a great price for speaking truth to power.

If you have any doubts that your words can make a difference, Jani Silva, an environmental human rights defender from Colombia can assure you they do. Jani’s fearless opposition to environmental contamination and human rights violations has had frightening consequences. She’s been followed, intimidated, and threatened with death. Following the 2020 Write for Rights campaign, Jani said:

“I am so very grateful for the letters. From the bottom of my heart, this campaign has kept me alive. It’s what has stopped them from killing me, because they know that you are there.” 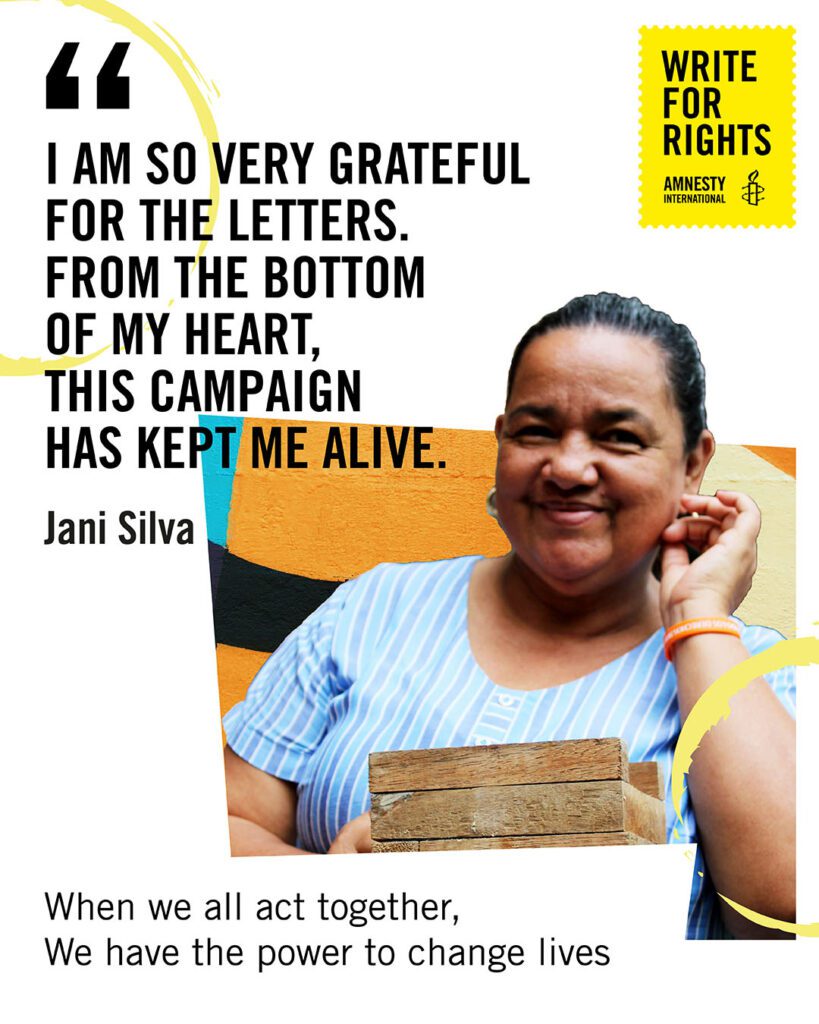